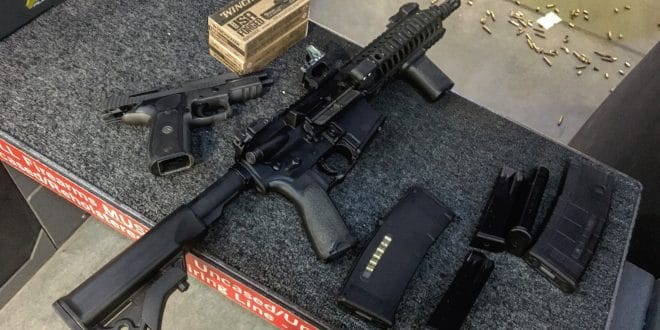 “Never attend a gunfight with a handgun the caliber of which does not begin with a 4.” – Ye Olde Sage Gunwizard

You can find the above sentiment floating around older circles in the firearms and self defense community. It’s an expression of overall good advice that hasn’t aged well.

A modernized version would read “Carry a handgun in both an effective caliber and capacity.”

The FBI study from 2014 that settled their agency choice on 9mm outlines solid criteria for making a personal selection. There’s a good summary here. 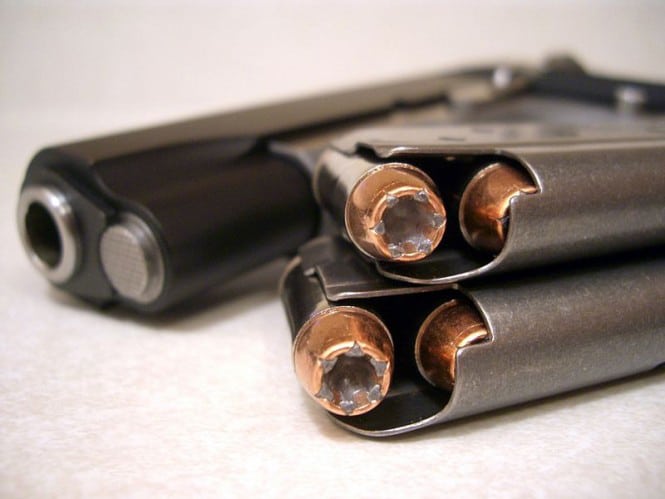 Any caliber hollowpoint (or similar tissue disrupting projectile) with high enough mass retention and depth of penetration is effective. The FBI data shifted the debate from “X Caliber is the best.” to “Here are performance criteria for an effective round.”

I use .380 ACP as the proverbial line separating the effective and substandard rounds for defense. Note: Ineffective or substandard is not saying nonlethal or useless. There are simply better options.

PoliceOne pulled data around 350 officer involved shootings and we can use the data to better inform our firearm choice between a larger or smaller handgun.

Accuracy rapidly degrades as factors like distance, number of threats, and individual threat severity scale up. Lower accuracy and the addition of multiple threats drastically increases round requirements to cover the threat. On the extreme end of the data the North Hollywood Shootout involved two threats requiring 650 rounds to stop. The title Battle of North Hollywood is a fitting one.

A 5 round J-Frame or a 6 round .380 ACP is sufficient under certain circumstances. Selection of a firearm is hedging a bet on threat response coverage. The ‘pocket pistols’ combined with proficiency cover a single emergent threat.

While single threat is the most likely scenario the small guns are quickly expended. If the threat outlasts or overmatches your response you lose. Like a roulette wheel rolling 00 when you bet on red. Red is always the more likely result but 00 still hits.

For the medically minded imagine stocking an aid kit. Loading the kit with various adhesive bandages, disinfectant, and some aspirin covers many medical needs. But that same kit is unprepared for a broken bone, allergic response, or arterial trauma.

Carry the highest capacity handgun you can manage with a spare magazine when feasible. A P229 or G19 will give you 30 rounds contrasted against the 5 or 6 of the pocket pistol with only a minor increase in inconvenience. The advantages outweigh the discomfort.

Ultimately your choice needs to be an informed one. Have realistic expectations of your equipment, training, and what situations you can cover. Work constantly to improve the effectiveness of your coverage.

Keith is the Editor-in-Chief of GAT Marketing editor@gatdaily.com A USMC Infantry Veteran and Small Arms and Artillery Technician, Keith covers the evolving training and technology from across the shooting industry. A Certified Instructor since 2009 he has taught concealed weapons courses in the West Michigan area in the years since and continues to pursue training and teaching opportunities as they arise.
Previous SHOT Show 2018: U.S. Optics
Next Clever Girl… Aklys Defense “Velociraptor” AKSV

Michigan’s Governor Elect did not run on guns. Gretchen Whitmer is not a 2nd Amendment …