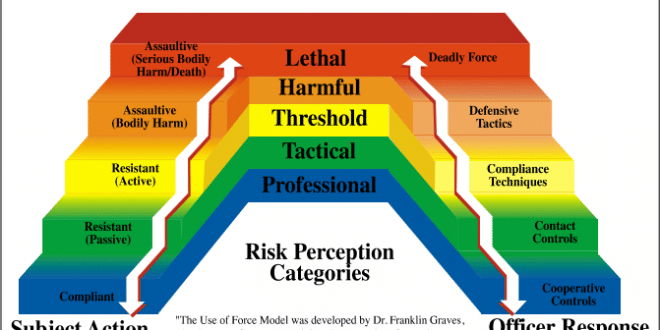 The Mystery of Force: Understanding Use of Force, Reasonable Force, and Excessive Force 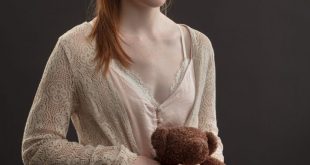 July has been a bloody month with highly publicized violence in the news, reactions towards police involved shootings. Dallas and Baton Rouge showed the extreme and lethal response to perceptions that the police officers in various cell phone recorded incidents, unjustly used lethal force against African American males. A narrative of police brutality, militarization, and excessive force has grown into a festering wound of mistrust and tensions on edge.

I’ve read many heated, angry, sad, and impassioned responses on both sides to the discussion of violence, and I’ve spent the better part of the month wondering if I can contribute anything to the debate that hasn’t been said.

Our topic for discussion today is going to be The Mystery of Force.

The topics surrounding the lawful use of force against others isn’t often detailed or discussed. Without an understanding of reasonable vs. excessive force, honest discussion cannot take place, so here we go.

-Define Use of Force (UoF)

-Identify the categorization of subjects in UoF situations

-Define the “Reasonable” standard for both civilians and LEO/Military personnel.

Since these topics are tremendously under-discussed, it breeds misinformation. Misinformation breeds bad judgment, unrealistic expectations, and terrible potential perceptions. Let’s establish some perspective so we can have a grounded discussion.

What is a use of force?

While no single overriding definition exists, “the amount of effort required to compel compliance by an unwilling subject” covers it well.

In Law Enforcement circles this usually amounts to the detainment, for however long may be necessary, of a subject. For civilians UoF is generally centered on self-defense and not subject detainment but the core concepts are the same when it comes looking at UoF situations. The military UoF is very mission dependent, varying from a civilian like variant to a law enforcement officer (LEO) like variant, and into categories only the military can properly exercise due to their unique position as the literal projection of force for the nation.

Now that we’ve defined UoF let’s take a look at the Use of Force Continuum. The Continuum is a five or six-tier system (depending on the variation tiers 4 and 5 may be combined into a single tier 4 for the five tier layout of the Continuum)

I’m going to address each of the tiers from a civilian self-defense perspective, a military operational perspective, and finally a Law Enforcement Officer perspective since the Continuum is most widely applicable to their interactions. This is also to give readers’ specific guidance on how LEOs view UoF from this widely taught and law enforcement developed framework reference.

We will get to Reasonable and Justifiable a little later, bear with me as we illustrate the tiers.

The lowest tier on the force continuum is presence, the mere act of being at a location and using that to project a level of authority or interference towards possible aggression.

For civilians this tier is primarily about body language and situational awareness. You don’t project the image of an easy target therefore you are less likely to be targeted. You aren’t projecting authority over anyone or any group in a commanding sense but you are conveying the individual image of a hard target in order to discourage aggression.

You should strive to carry yourself this way at all times. Being aware, knowing entrance and escape routes for your current location, reading the body language of those around you looking for the physical warning signs of aggression and having a plan to act accordingly. If necessary you’ll run up the tiers to an appropriate level of force, which again we’ll cover as we go.

For military operations the application isn’t all that different from the civilian tier of presence. An armed patrol of Marines walking through a village looking to speak to the village leadership is using their presence to project authority and keep themselves safe. The heads up mentality, taking of key positions for security, and placement of mobile automatic weapons make a patrol like that a dangerous prospect to engage but the patrols mission isn’t a direct confrontation with anyone. The ‘Presence Patrol’ was a key tool in the wars in Iraq and Afghanistan to gather intelligence and keep Areas of Operation safer.

For Law Enforcement presence is easily one of their most often used UoF techniques. It’s constantly in use to a varying degree as the officers patrol. A patrol car running traffic on the highway is presence, even if they make no stops. Officers on foot at the fair or outside a sporting event. Officers walking a beat and just speaking with people. An Officer changing a tire for a stranded motorist on the side of the road or mowing a disabled man’s lawn on a quiet afternoon shift. All of these are presence.

Presence, especially in the civilian and law enforcement applications, is not always directed at an individual or group but can be a passive state among the general population. It’s the general refusal to be a victim and hard target mentality in the case of the former, and the general community police atmosphere promoting and projecting a safe communal environment is the latter. There doesn’t need to be active action beyond simply being around for presence. In contrast, an Officer arriving somewhere is a more active use of presence. The Officer may not actively engage anyone but a notable arrival will have an effect on everyone to some degree and deter many who do not want police contact or involvement, where otherwise they may have acted out differently.

Keith is the Editor-in-Chief of GAT Marketing editor@gatdaily.com A USMC Infantry Veteran and Small Arms and Artillery Technician, Keith covers the evolving training and technology from across the shooting industry. A Certified Instructor since 2009 he has taught concealed weapons courses in the West Michigan area in the years since and continues to pursue training and teaching opportunities as they arise.
Previous Car Carry by G-Code The RTI Vehicle Mounting System Review
Next Dango Products | Redefining the Wallet