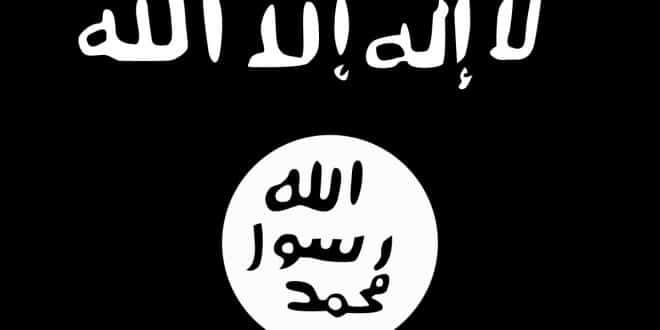 ISIS Warns of Upcoming Attack on Michigan and 14 other states

According to an anonymous document posted on Just Paste It ISIS declares that they have 71 soldiers spread through 15 states. While they refuse to name all the states in their cross hairs Michigan is listed as one of only 5 named targets.

To our brothers and sisters fighting for the Sake of Allah, we make dua for you and ask Allah to guide your bullets, terrify your enemies, and establish you in the Land. As our noble brother in the Phillipines said in his bayah, “This is the Golden Era, everyone who believes… is running for Shaheed”.

The attack by the Islamic State in America is only the beginning of our efforts to establish a wiliyah in the heart of our enemy. Our aim was the khanzeer Pamela Geller and to show her that we don’t care what land she hides in or what sky shields her; we will send all our Lions to achieve her slaughter. This will heal the hearts of our brothers and disperse the ones behind her. To those who protect her: this will be your only warning of housing this woman and her circus show. Everyone who houses her events, gives her a platform to spill her filth are legitimate targets. We have been watching closely who was present at this event and the shooter of our brothers. We knew that the target was protected. Our intention was to show how easy we give our lives for the Sake of Allah.

We have 71 trained soldiers in 15 different states ready at our word to attack any target we desire. Out of the 71 trained soldiers 23 have signed up for missions like Sunday, We are increasing in number bithnillah. Of the 15 states, 5 we will name… Virginia, Maryland, Illinois, California, and Michigan. The disbelievers who shot our brothers think that you killed someone untrained, nay, they gave you their bodies in plain view because we were watching.

The next six months will be interesting, To our Amir Al Mu’mineen make dua for us and continue your reign, May Allah enoble your face.

May Allah send His peace and blessings upon our Prophet Muhummad and all those who follow until the last Day.

It should be no surprise with a large Arabic community that Michigan would be named. What surprises me is after such a failed attack in Texas you would think ISIS would go after softer targets. They do list gun free haven’s like California, Maryland and New York but Michigan and now even Illinois are protected by an increasing number of concealed citizens.

As you can see from their letter they are claiming the colossal failure brought on them in Texas was all part of the plan. How 2 body armored fully automatic wielding  gunmen taken out by a traffic cop and a Glock is part of the plan, must take a greater mind then mine to comprehend but so be it.

Maybe things like this need to be brought up with all the talk of PFZ’s as it is clear that these men wont honor our laws or rights so why limit the ability for law abiding citizens to protect themselves and those around them.

Is this all black ops and psy-ops, from a terrorist group incapable of a real attack or is this the horn before the charge? Only time will tell so be vigilant in your day to day life.

Charles is the editor and lead writer for 248 Shooter, a Michigan based gun, news and gear review site. An avid student, taking classes from top tier trainers around the country. Charles is not LEO, Military or Invested in the companies he reviews. The goal of all articles is to show an gun fan enthusiasts opinions on popular products in the market. The opinions expressed are individual opinions that we hope you enjoy reading and offer a unique user perspective that may be of assistance. Charles shares his love for training as well as experience and opinions on some of the most talked about gear and products used by competitive shooters, military, leo and civilians. Ever a supporter of the Michigan economy, the hunting sports and the 2nd amendment.
@248Shooter
Previous DMI Handgun 2 AAR and Review
Next Zale trial, Will it Shape How Stand Your Ground is Interpreted?