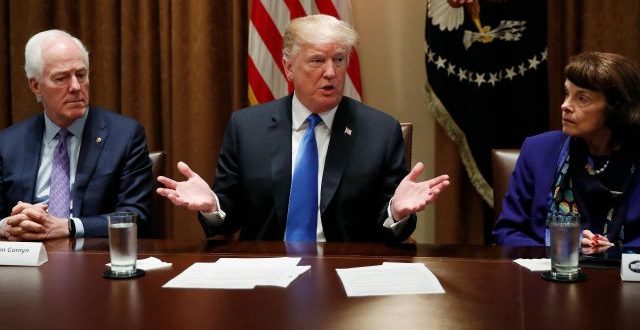 It’s time to have a meaningful conversation about Gun Control.

The ideas espoused by gun control activists and advocates inevitably coalesce into several ideas for policy change. Each of these changes have a stated goal, the same two goals in each case. Keep firearms out of the hands of “those people who shouldn’t have guns” and to save lives, “even just one life.”

So brushing aside the rabid accusations of the advocates letting emotion triumph over reason, let us consider the proposals of the gun control crowd. Going from what I consider the most extreme to the least. The goals of each proposal are not always at odds with our goals as gun owners. Usually the proposal’s weakness lies in its lack of effect.

Very few gun control proponents will openly admit this goal and most realize its total absence of achievable merit. This does not stop the loudest proponents who believe it is private legal firearms ownership that drives the use of firearms in violent crime.

The goal is to eliminate or drastically reduce the firearms homicide statistic by eliminating the legal protections on the right to arms. No guns, no gun crimes.

Guns are not criminal motivations though, aside from being property of value, and crimes and atrocity can be committed in their absence. The logical fallacy is that firearms are a weapon unto themselves that vastly outperform all other methods of delivering violent force.

They aren’t that good.

Firearms are generally easier to use as a tool than many other methods but not to so great a degree that it effectively nullifies other methods. No public mass shooting in the United States has outdone the lethality of bombings or vehicles used as weapons.

Removing one easy method of lethal force delivery does not remove the motivations for violence or limit other easy methods.

All these glaring flaws in the policy come before the complete violation of the constitutionally protected right to arms for defense of self and community and the rights of property.

The 2018 version of this legislation, introduced on the 26th of February, would effectively ban the sale of the majority of popular semi-automatic rifles, handguns, and shotguns. It would not confiscate them from current owners but illegalize their future transfer.

The belief is that by removing the legal transfer of a category of weapons deemed far more lethal than their “conventional” counterparts the supply will eventually dwindle off and reduce a violent offender’s ability to cause casualties.

Weapons are durable goods. We have working examples centuries old and materials have only improved. These firearms, tens to hundreds of millions in circulation, will not ‘expire’. Assuming a 100% compliance rate (impossible) of turn in by owners upon or before death we have a century before the weapons ‘”are off our streets”.

Assuming the far more likely 5-15% compliance rate, given the available data, no appreciable threat will be removed.

An additional assumption not born out by available data is that this category of weapons is appreciably more lethal than “conventional” arms. This is not supported in any appreciable test or in the live application of force. In 1966 Charles Whitman killed 16 total in the spree at the University of Texas and wounded twice that many (one murder and one injury at over 500 yards with a bolt action rifle).

If the legally permissible firearms possess the lethal capability to accomplish atrocities in the hands of a mass murderer, the very murders that the banned firearms are banned so they are not used during commission, why are those arms not banned too? That logic forces us to again consider a total and immediate ban on civilian possession of arms.

Mandating that every transfer, commercial or private with a small list of exceptions, go through the Federal NICS system.

Private checks would require public access to NICS (it is not structured for that) or require every transfer occur at an FFL. That puts non business transactions as a business burden of local FFL’s. Costing gun dealers time and money and increasing their liability for transactions that were not apart of their business since they would hold the transaction record. No business owner will put the licensure for their business, already under enough risk, in danger of loss to perform transactions that net them no gain.

Non compliance will only be an after event consideration in the same manner as lying on a Federal Form 4473. Non compliance will be rampant and easy due to the lack of any viable accountability structure. Giving someone a firearm is as physically easy as giving them a sweatshirt.

Universal Background Checks will not be universal. They will also fail to prevent anyone who passed and then subsequently commits an attack from passing. UBC’s are not pre-crime.

Any penalties handed out for non compliance will be handed out in the aftermath of other crimes, including massacres.

This leaves UBC’s as an ineffective method for reducing the likelihood of a future attack or casualties during an attack.

Adding various forms of mental health checks to the list of items necessary for purchase of a firearm is a popular topic and often spoken on by both sides of the debate.

The devil is in the details, as they say, since anything involving an individual and their medical treatment run straight into HIPAA. Medical information protections run incredibly strong and violations by practitioners or persons with access to that medical information carry very steep penalties.

Setting up a structure of adjudication that effectively addresses legitimate mental health concerns for persons at risk of causing harm to themselves and others while preserving that persons rights to legal defense, dignity, medical privacy, and to property is an immensely complicated problem. Most solutions currently in practice violate rights first and then force an individual to prove the right should not have been violated. This is wrong and should not be tolerated.

The ground these rules tread on is ill defined and high risk. Mental illness is not a crime and treating it like a crime by restricting a right considered sacrosanct does nothing to encourage someone seeking or receiving treatment from being open and honest with their providers. There are mandatory reporting structures in place and if they can be improved upon they should. Those improvements should not be structured to interfere with treatment or discourage people from seeking treatment.

Science certainly shows that 21 is a more mature age than 18. However we consider 18 a legal adult. Private purchase of a handgun is still 18 and would likely be the same for a long gun so an easy work around would exist. Adding to that work around the ability to straw purchase, as was the case in Columbine, and regardless of what age we set the federal requirement at we are simply making legal access into illegal access as is already the case with any student under 18 years in age.

Non compliance is still a critical factor. Access other than ownership is a factor. Illicit access is a factor.

Changing the age to 21 disproportionately affects the rights of those we consider adults in both the ability to vote and the ability to serve the nation in the armed forces but not keep and bear arms as is their right. We also give them access to motor vehicles as young as 14 and the lethality and damage of those is so well documented it drastically influences commercial insurance.

Enacting the change would impose disproportionately high constitutional infringements for those 18-21 for no appreciable gain. All supposed gains in safety are hypothetical or anecdotal.

The National Firearms Act of 1934 created an list of owners for machine guns and other weapons categorized as Title II firearms. By changing the AR-15’s classification category to Title II the owners of AR’s would have to undergo a more stringent background check and be on file, with location, as the rifle’s owner. This doubles as a national firearms registry (which it is) that would cover legal owners of any weapon deemed an assault weapon and placed under the NFA.

With 8-10 million AR’s in circulation any non compliance would nullify the effectiveness of this change. This change would be wildly unpopular on the archaically slow rate of NFA transfer paperwork alone.

If NFA transfers were made as quick as NICS transactions the idea would hold more practical merit. In addition the removal or drastic reduction in the NFA Tax amounts would increase the proposals palatability. Opening the machine gun registry to new firearms, in addition to the other improvements, may even make the change attractive to gun owners. This is one of very few proposals that could be sold as a gain on both sides.

The issues that arise are numerous . Non compliance, as discussed above. Gun control advocates are highly unlikely to entertain legalization of new select-fire weapons so that incentive would not be offered to gun advocates. The speed of NFA transfers currently makes grass growing look like a display by the Blue Angels and delivering on the promise to make the process fast enough to be acceptable would be a tremendous effort.

Gun control advocates will not give credence to the ownership of the weapons they consider the problem and so owners have no incentive in the slightest to come to the table for a discussion. A scree filled lecture full of conjecture, accusations, misinformation, and demands is not a discussion.

Fix NICS is designed to strengthen the accountability structure of law enforcement entities and their record keeping, making updates to NICS so background records are accurate and up to date.

The bill, unlike many proposed, has not been touted as a fix all that will prevent all future mass homicides. It does address deficiencies in the currently implemented system that have allowed killers to get their hands on weapons that they should not have been cleared to have.

It makes no changes to the current definitions of prohibited persons as of my last reading. It adds no names that, by law, shouldn’t already be there. It does nothing as vague and unadjudicated as use the “no fly list” for background checks but compels self certification nationally by reporting law enforcement agencies that their records are all submitted and current.

Coupled with updated follow up and, where necessary, prosecution of denied persons this has the potential to positively influence the number of people murdered each year by denying and incarcerating people who try to acquire weapons illegally through federal dealers.

It is one of a select few proposals that has a logical success metric. Lowering the number of improper transfers and increasing the incarceration of felons in possession or attempting possession. With repeat violent offenders making up a significant percentage of homicide perpetrators prosecuting those who, on record, attempt to buy arms through federal dealers will positively influence violent crime statistics.

But we can do better. We can do better without useless gestures that blame and punish the law abiding, that falsely brand the advocacy organizations, and that further violate the constitutionally protected rights of this nation. We’re talking about far more than just the 2nd Amendment.

Keith is the Editor-in-Chief of GAT Marketing editor@gatdaily.com A USMC Infantry Veteran and Small Arms and Artillery Technician, Keith covers the evolving training and technology from across the shooting industry. A Certified Instructor since 2009 he has taught concealed weapons courses in the West Michigan area in the years since and continues to pursue training and teaching opportunities as they arise.
Previous Assault Weapons Ban of 2018, Introduced by David N. Cicilline of Rhode Island.
Next Your First Match