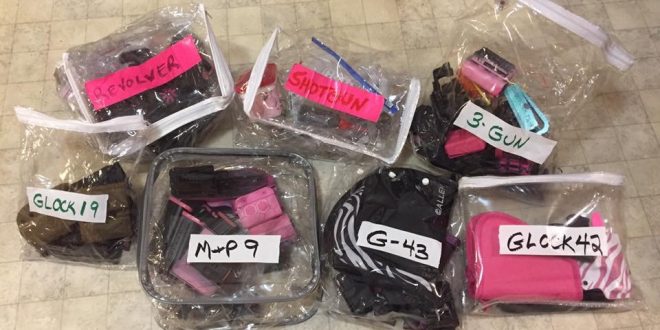 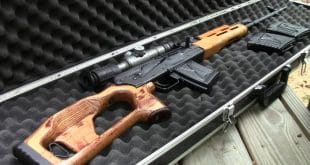 I’ve been reading a lot lately about cleaning and organizing one’s life. One trendy method is some Asian thing where you hold your possessions and commune with them before deciding whether to keep or pitch them. There’s another one out there called “Swedish Death Cleaning”.

That last one sounds a bit morbid, but it stems from a basic reality. My personal interest in these things stems from being a member of the generation whose parents are down-sizing or dying. Having been through the death of my father, and the moving of my mother through three successive downsizes in eleven years, I can tell you how much “stuff” people accumulate over the course of a lifetime. It’s made me think about my own stuff. Especially my shooting-related gear.

When my father died, it was relatively unexpected. We had a lifetime of hunting and fishing gear to go through, and at the time I knew nothing about his firearms. There were things I’d have kept if I had known what they were. There were things I didn’t know he had until they came up on the block at auction. There was even a paper bag of what I know now were antique brass shotgun hulls. I’d have kept a couple if I knew what they were. If he’d been a little more organized maybe we wouldn’t have lost so many potential keepsakes. But maybe that’s just wishful thinking.

Dad was not only a lifetime hunter, he was also a fly fisherman, who tied his own flies. So, in addition to all of the hunting gear there were boxes and cans of feathers and furs, and hooks, and thread, and all of that detritus to go through along with the hunting gear. Dad had taught fly-tying classes a few times at the public library, so Mom had the brilliant idea of letting his students go through all of his fly-tying stuff and take it with them. That helped a good bit.

I’ve only been at this gun-nut thing for nine years now. But I’ve accumulated more “stuff” than I ever thought possible. I’m not actually planning on kicking the proverbial bucket anytime soon, but I recognize that sometimes the universe has other plans. I commute to work on the Interstate and I’ve often wondered what my adult children would do with all my crap if I got taken out by an 18-wheeler on the way to work one day. As an aside, I also wonder what the funeral attendees would say about my housekeeping. You could probably measure my dust layers with drill core samples, but hey I’d rather be remembered for the interesting life I’ve led than be judged upon the quality of my janitorial skills.

I’ve written about my slow accumulation of gun-related stuff on my blog in the past, but the accumulation has continued in the interim. I’m starting to think that I need to readdress my organization and let a few things go.

It’s not that I have a “complete” mess, but things do need to be sorted again. A few years ago I decide to make use of all of my saved zipper bags that various bedding has come in over the years. I’m not exactly a hoarder, but I could never bring myself to get rid of those nice heavy-walled plastic bags with actual zippers, so I put them to use in keeping my accessories organized for the different firearms I own.

I also started organizing my ammo a few years ago. As the kids started growing up and moving out, I found there was an unused bookcase in someone’s room, and also plastic storage tubs that used to contain a variety of old Happy Meal toys and action figures. I moved those down into the basement to my gun corner, and turned that into my ammo center. I have no intention of giving away my ammo in some crazed cleaning frenzy, but at least this way, if I accidentally become road pizza, my kids have some way of knowing what all those “bullets” are.

I’m also thinking of picking up an old used filing cabinet from the Habitat ReStore to better organize my accessories and spare parts. I’m a ziploc bag addict anyhow, and that would give me some place to store all those bags of random parts. One drawer for semi-auto pistol parts, one drawer for revolver parts, one drawer for shotgun parts, and one drawer for rifle parts – sounds good in theory anyhow. At least when I die, the estate auction people can dump it all in the same box lot. I’d really like to do better than that, but I’m not sure what one does with all of these extra parts and pieces.

What DOES one do with all the little bits of metal and springs, and levers, and old front sights, and old grips, and, and, and? I’m open to suggestions. Anybody? Bueller?

Keith is the Editor-in-Chief of GAT Marketing editor@gatdaily.com A USMC Infantry Veteran and Small Arms and Artillery Technician, Keith covers the evolving training and technology from across the shooting industry. A Certified Instructor since 2009 he has taught concealed weapons courses in the West Michigan area in the years since and continues to pursue training and teaching opportunities as they arise.
Previous I Need Trauma Training (And So Do YOU!)
Next Review: Sheppard Scopes Rugged 1-8x R-Mil