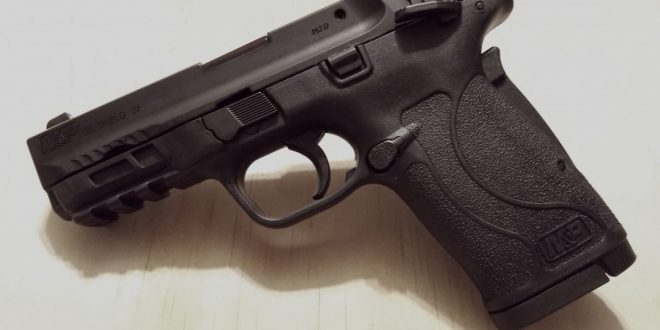 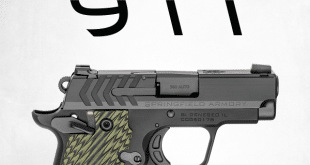 Springfield Armory Enters the Micro 1911 Game with the 911 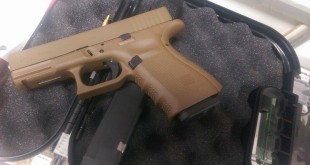 Buying a New Defensive Pistol? You need a GLOCK 19

One NRA Instructors Path to the M&P 9 Shield

There’s a target market for handguns I hadn’t considered thoughtfully until recently. Much of my shooting career has been focused on what I and people like me – young, fit, enthusiastic – can do with guns. With the advantages of average or better strength, the desire to master a new skill, and the time to spend practicing, gun choice was mostly a matter of preference.

But when Tamara Keel introduced me to the concept of a “grandma gun,” I immediately thought of Mom. She’s not “into guns” at all. Age has taken its toll and even her firmest handshake is a delicate squeeze. Shooting isn’t likely to be a hobby for her, so what would be appropriate if she decided she wanted to be able to defend herself with a gun?

The “grandma gun” needs to be something that is easy to operate both in terms of complexity and necessary strength and dexterity. It needs to be safe for people who might not have the time to completely engrain safety practices to the point where they are instinctive and natural. It needs to be shootable for someone who may be recoil-sensitive or won’t put in a lot of time to learn how manage recoil to be able to make follow-up shots. And it needs to shoot a caliber effective for self-defense.

Those criteria make common options like the classic J-Frame revolver or a simple .22lr pistol non-ideal for many cases. There’s no slide to rack on a revolver, but the heavy double-action trigger and snappy recoil can make it a difficult choice. A .22lr pistol may be easy to operate and shoot, but a larger caliber would be preferred if possible for the shooter. So what to do?

When Smith & Wesson announced the .380 Shield EZ, my grandma gun-hunting ears perked and I requested one for review. There are several modern .380 loadings that are capable for self-defense, particularly out of longer barrels like that on the Shield EZ. Its size seemed to be an excellent compromise between being small enough for petite hands and big enough to soak up recoil. But would the grip and thumb safeties work as I hoped? Would Mom be able to run the slide?

See, Mom’s never shot a gun before. In test of instructor and gun, I was going to take just a few hours on the range to see if she could get to the point where she would be safe and feel comfortable enough with the Shield EZ for it to be a viable option for self-defense.

Spoiler alert: it worked out great.

As in any introductory lesson, we started with safety. Mom picked up on the four rules quickly. When we moved on to actually handling the gun, it was immediately obvious that it felt good in her hands – not too big, not too small. The Shield EZ isn’t a brick that’s hard to wrap small hands around, and yet it’s large enough that there’s somewhere for both hands to go while still being able to easily reach the controls.

Many of the thumb safeties I’ve worked with new shooters on are difficult to operate because of size or how hard they are to move. We didn’t have any of those problems with the Shield EZ. In fact, Mom preferred using her shooting hand thumb to flick it on and off. She also found it a reasonable size to ride her thumb on top of the safety while shooting.

The grip safety was nearly a non-issue. It was easy to depress, requiring about the same amount of effort as needed to simply shoot the gun, and didn’t feel out of place. We did have some learning curve on what pressure was needed, but I was pleasantly surprised with how quickly Mom had it working reliably (read: almost immediately once we got to live fire).

Racking the slide? Good technique helped, but it was still easier and more pleasant than the full-size and micro carry guns I had her try. She didn’t need any coaching on slide racking by the end of the day. On our way off the range, Mom told me that an hour of dry fire over a few days would get her completely comfortable with the process.

Most importantly, from a shooting perspective, she thought it was fun and I thought her accuracy was quite good: almost all hits in the A-zone of a USPSA target at three yards. It was clearly enjoyable to shoot, for both of us.

Mom’s not ready to go get her own gun yet, but I think I’m going to keep the Shield EZ around for her and others like her.

Keith is the Editor-in-Chief of GAT Marketing editor@gatdaily.com A USMC Infantry Veteran and Small Arms and Artillery Technician, Keith covers the evolving training and technology from across the shooting industry. A Certified Instructor since 2009 he has taught concealed weapons courses in the West Michigan area in the years since and continues to pursue training and teaching opportunities as they arise.
Previous Coolers, Commerce and Calumny
Next Trajectory