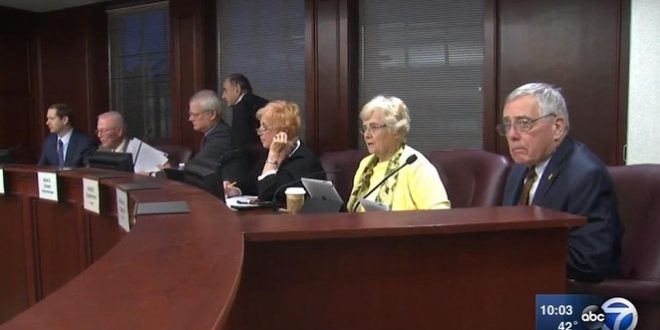 A Grand A Day for Your 2A Rights, Deerfield Illinois

Fines up to $1,000 a day for residents of Deerfield Illinois who do not comply with the new ‘Assault Weapon’ and ‘High Capacity Magazine’ ban.

High capacity magazines are defined as having a capacity over 10 rounds. Assault weapons are defined as semi-auto rifles and handguns that can take these magazines. AR’s, AK’s, SKS’s, etc. Fairly typical AWB langauge.

Deerfield, IL – The Deerfield Village Board ordered a ban on “assault weapons” on Monday night, and said they planned to implement a hefty fine on residents who refuse to comply.

The board unanimously voted to ban certain semi-automatic firearms, which they considered to be “assault weapons,” WLS reported.

The ordinance included semiautomatic rifles with fixed magazines capable of holding over 10 rounds of ammunition, and shotguns with revolving cylinders, the Chicago Tribune reported.

Rifles capable of accepting “large-capacity magazines” and a multitude of other features were also included in the ban, according to the paper.

The ban also hit some semiautomatic pistols, which primarily seemed to be targeting pistol variants of rifles and submachine guns. The ban covered pistols with off-hand gripping areas, barrel shrouds, or stocks.

“Large-capacity magazines” were defined as magazines that hold more than 10 bullets.

But of course no one is coming for your guns.

Keith is the Editor-in-Chief of GAT Marketing editor@gatdaily.com A USMC Infantry Veteran and Small Arms and Artillery Technician, Keith covers the evolving training and technology from across the shooting industry. A Certified Instructor since 2009 he has taught concealed weapons courses in the West Michigan area in the years since and continues to pursue training and teaching opportunities as they arise.
Previous Review: The Desantis SL Raptor, IWB/OWB Carry and Level II Retention
Next YouTube HQ: What We Know. What We Suspect. What We Should Do.