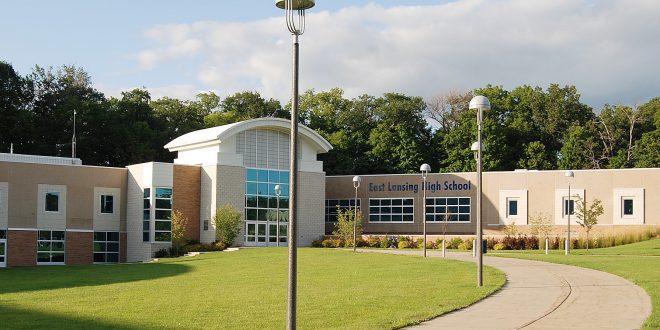 Warning: Excessive use of the word ‘and’ and a singular use of adult language below.

The following release (italicized ) was published by the public schools of Lansing MI and are echoed in the majority of arguments around the country that focus solely on firearms.

Whereas, there was yet another mass killing in a high school in our country on February 14, 2018 at
Marjory Stoneman Douglas High School in Parkland, Florida where 17 people were killed and thousands
were seriously injured both physically and emotionally;

Yes, another tragedy stuck the nation’s children largely due to the failure of its federal and county law enforcement, including those on site at the school for the express purpose of protecting the school. Oh? Oh, we’re skipping the fact. Ok.

The official number of injured was 14. Extending the ‘wounded’ statistic to thousands is aggrandizing and you might as well say billions at that point.

Whereas, this was one of 34 mass shootings in our country from January 1 through February 18 of this
current year; 1 http://www.gunviolencearchive.org/reports/mass-shooting

The United States’ Congressional Research Service acknowledges that there is not a broadly accepted definition, and defines a “public mass shooting”[2] as one in which four or more people selected indiscriminately, not including the perpetrator, are killed.

Whereas, there is absolutely no reason why children in this nation and this state should not be able to
go to school every day without being afraid for their lives;

This is entirely subjective. I agree I that do not wish for any child to attend school in fear but there are a myriad reasons children and their parents should always hold concern for their lives. How many will die of drunk or distracted driving? How many from gang or domestic violence? How about abduction by a trafficker? How many will drown? A mass shooter is not the sole threat in a child’s world and inferring that through this letter is asinine.

Whereas, the most sacred responsibility of all school boards is to do everything in our collective powers
to assure that our students are safe each and every day in our schools, so that they can learn; and
Whereas, students cannot be safe unless and until all guns – other than those carried by trained law
enforcement officers – are banned from our schools;

You aren’t doing everything in your collective powers. I see no credence being given to those who want to harden schools as a target. The only proposition on the table is ban guns. This is called a subjective agenda. This is not an objective plan for making schools safer.

Michigan Schools are Gun Free Zones, the only exemptions are LEO’s and a current series of statutes that allow persons with valid CPL’s (background checked, certified) to open carry. This open carry is rarely used as it causes panic. The concealed carrying public has offered multiple variations on legal closes of the “open carry loophole” and all have been rejected.

Weapons of mass destruction include the CBRN (Chemical, Biological, Radiological, and Nuclear) but it’s apparently acceptable that as public educators they can hijack that definition to include small arms. Automatics and semi-automatics have been available (to the public) for well over a century. Automatics are highly regulated (now) and the legally owned in the country have been used in zero acts of violence in decades.

Semi-automatic is has been the most common for many years. The AR-15 itself was designed in the 50’s yet is only now a problem. There are severe flaws in the logic and it is being bulwarked with emotion to fill the gaps.

What the fuck is “rapid-fire ammunition.” Someone get the chemistry and physics teachers.

Whereas, this East Lansing, Michigan School Board has adopted a resolution opposing proposed
Michigan legislation to allow concealed carry in schools and prohibit school boards from taking action to
disallow such activity in our schools (SB 584 and 586);

These would actually close the open carry loophole. These would add public school boards to the list of preemption so they could not enact rules counter to state law, as is befitting of public institutions.

Whereas, the East Lansing school board opposes so-called “open carry” in our schools;

So called? What else would you call it? Those bills get rid of it. Why are the licensed and background checked parents, teachers, and faculty of the school who have CPL’s such a threat? Is there any evidence that random concealed carriers will suddenly flock to schools just because it is legal? No? It will just be the people who are there every day already. Doing what they do at the school already. Legally able to be armed like they are at nearly every other public venue already, without random gunfights.

Whereas the East Lansing School Board values our teachers too much to expect them to be armed to
protect their students;

There is no language on the table in any form saying it is an expectation. But those teachers who are already legally armed being offered additional training to defend their classrooms taken on a voluntary basis seems like one of the “everything within our collective powers” items. Unarmed teachers should have the option of training too. They should be able to voluntarily seek better ways to protect themselves and their students. They should not be shoveled into a pile of single narrative bias with their opinions on personal defense silenced and ridiculed unless it fully aligns with this posted illogical narrative.

Whereas, the Michigan Board of Education is elected statewide to establish school policy on the state
level;

Again, the unwavering belief that the problem is solely the presence of firearms and that their written prohibition will actually improve physical security. Asinine.

Be it further resolved the East Lansing Board of Education calls upon the Michigan State Board of
Education to take a position to actively oppose SB 584 and 586 which would authorize concealed carry
of guns in schools while prohibiting school boards from taking local action to prohibit concealed carry in
their schools;

Let’s forget that the schools are public property and that the tax paying public who pay for the students and faculty, including those carrying firearms for personal protection, have rights to public property. Preemption.

Be it further resolved the East Lansing Board of Education calls upon the Michigan State Board of
Education to take a position to actively oppose open carry in Michigan schools;

Oppose all you wish. It is currently the law and it has been vehemently opposed, by these very people, to being changed.

Be it further resolved that the East Lansing Board of Education supports any appropriate actions taken
by East Lansing students, teachers, school administrators, parents and allies in support of the intent of
the East Lansing Walk-out “…calling for students, teachers, school administrators, parents and allies to
take part in a National School Walkout for 17 minutes at 10am across every time zone on March 14,
2018 to protest Congress’ inaction to do more than tweet thoughts and prayers in response to the gun
violence plaguing our schools and neighborhoods….”2 by recognizing and supporting any action our
school community members might take to support these 17 minutes on March 14;

Why not use these 17 minutes to run ANY drill that could actively save lives of students and faculty?

The 1st Amendment and its exercise are sacrosanct however the effectiveness of the time spent exercising can be judged on several metrics including how efficiently the stated message and attached policy recommendations accomplish the final goal. On that metric, this is a colossal failure.

Yes. Let’s have this group read and respond to this taking valuable time from talking with local and county LE organizations about the up to date nature of their reports on any possible persons who could be flagged as a threat. Let’s take them away from grading and if necessary updating the accessibility, observation, and surveillance of school buildings and making certain policies are fresh and ready between the faculty and responding authorities. Let’s divert from any proven hard target security measures that are employed across the nation to help secure and defend other sites.

Let’s, as a board of publicly elected officials, ignore the part of the public we do not like or agree with and disregard the efficacy of any proposed solution from them…

Keith is the Editor-in-Chief of GAT Marketing editor@gatdaily.com A USMC Infantry Veteran and Small Arms and Artillery Technician, Keith covers the evolving training and technology from across the shooting industry. A Certified Instructor since 2009 he has taught concealed weapons courses in the West Michigan area in the years since and continues to pursue training and teaching opportunities as they arise.
Previous Alpacka Raft Launches the Caribou, the Lightest Full-Size Packraft Available
Next Gun Control and Carry in Schools, Florida Legislature Passes The Marjory Stoneman Douglas High School Public Safety Act