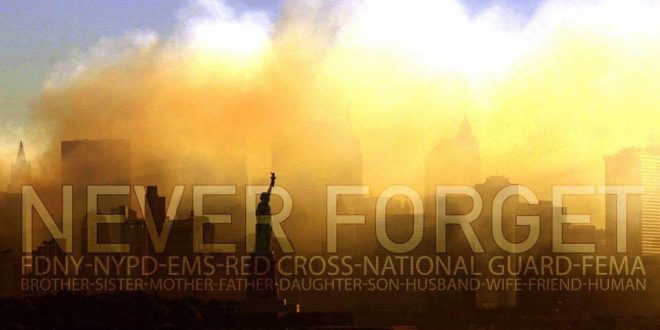 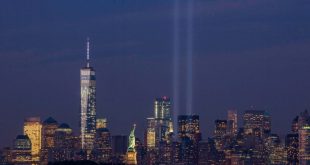 9/11/01 changed so many lives. Like many who grew up in NY, I lost people I knew that day. I was blessed enough that the people in my closest circles were not on site at the time of the attack. My story is nothing special but as a writer, I am putting it out there in an effort to share some of who I am and help me process some of what I am feeling today.

Watching the towers fall that morning via Good Day NY will stick with me the rest of my life. Heading to the point by American Yacht Club and seeing the smoke where the easiest to spot skyline landmarks once stood was awe-inspiring and terrifying.

In the following weeks, my company folded due to a complete upheaval in the local economy and a melancholy that developed inside me that affected every aspect of my life including my performance. My anger was palpable and for the first time in my life, I considered joining the armed services. To this day I regret not following in the steps of my good friends James Waldvogel and Anthony Vinci doing right by my country.

I quickly changed from a Democrat to a Republican, changing my ideology as a self-identified Deadhead to a person who was angry that war had been brought to his home. I went from fearing the police to respecting them. I went from being a self-centered prick focused on money and self-gratification to realizing that I must give back to the people around me.

That one day lead to the largest transformations in my life. It was the catalyst for my move to Michigan, change in career, eventually my divorce and subsequent remarriage to the love of my life, a focus on self-reliance and self-defense instead of trusting the gov’t to care for me. All things that I am grateful for. For every new beginning comes from some other beginnings end.

Seldom does one event change almost every aspect of a person’s life. For me, 9/11/01 is a touchstone for everything that has happened since. I see those great individuals that I grew up with who became police like Anthony Manto and Nick Vinci making the world a better place, the firemen like Joe Sutton who give tirelessly to save others, the countless medics who risk their lives to save others and all the new individuals I have met since I began my training like Joe Weyer, Steve Fisher, Phil Cheney, Will Petty, JW Wineland, John Chapman and so many more I can’t even mention you all. You all are the Americans I am proud to surround myself with!

Every highway had flags across bridges. Americans who had drifted from any sense of national pride began saluting the flag and singing the national anthem. Sporting arenas will filled with people who cheered and cried as the national anthem changed from a song to an emotional moment shared by those in attendance.

Here we are 15 years later. The unity created that day has faded. People are protesting the national anthem and refusing to respect the flag. Veterans who signed up on 9/12/01 to protect us have come home after seeing and doing unimaginable things are being turned on by the VA and the people they supported. We are losing 22 veterans a day to suicide. Protesting of various causes has once again splintered us into groups instead of Americans.

My small blog is read by many who are like-minded with me. Most love and respect our country and while we may differ on how we get there I believe that most of us are only trying to do what is best for the country. As such I doubt this will change anyone’s opinion but I will ask something of each of you.

Take pride in our flag and anthem for the sake of the many who have risked or lost everything they are, in defense and support of this country and their neighbors.

Remember that sense of community you felt that day and try to figure out why it has dissipated. Find it if you can. Live it if you dare. Most of all Never Forget.

Charles is the editor and lead writer for 248 Shooter, a Michigan based gun, news and gear review site. An avid student, taking classes from top tier trainers around the country. Charles is not LEO, Military or Invested in the companies he reviews. The goal of all articles is to show an gun fan enthusiasts opinions on popular products in the market. The opinions expressed are individual opinions that we hope you enjoy reading and offer a unique user perspective that may be of assistance. Charles shares his love for training as well as experience and opinions on some of the most talked about gear and products used by competitive shooters, military, leo and civilians. Ever a supporter of the Michigan economy, the hunting sports and the 2nd amendment.
@248Shooter
Previous Lone Wolf GLOCK Compatible AR-15 Review
Next SunJack 14W Solar Charger with 8000mAh Battery Review