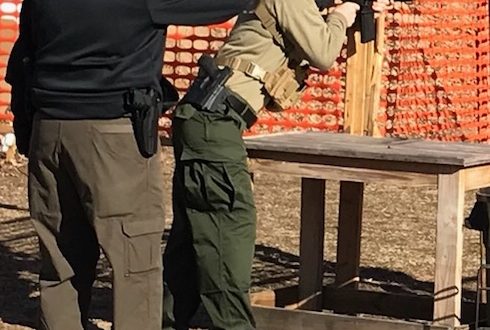 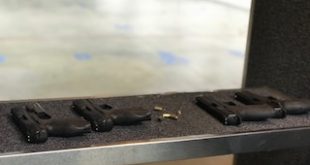 So you want to have matching guns… 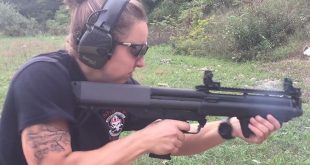 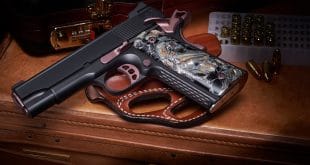 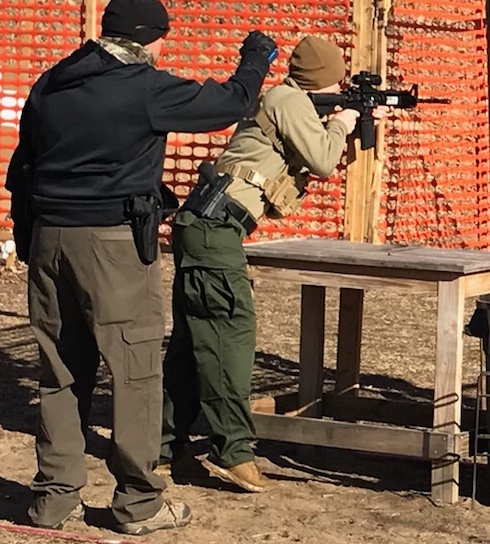 A few weeks ago my husband and I attended a 3 gun competition at South Kent Sportsman’s Club (http://www.sksc.org/). It was my first three gun match so instinctively I was a bundle of nerves, not knowing expectations and course rules. But after an hour or so of being there I decided that this was going to be a blast. The stages were set up as real world scenarios. Lots of hallways that required some turkey peeks and a few practical shotgun stages.

If you are in the region South Kent Sportsman Club has great facilities including their main building with restrooms. Shooting lanes and bunkers are well built and allow for all different kinds of stage setups. I did not utilize the trap & skeet range or the 500 m range, so I cannot speak to those but overall lots of room to throw some led downrange.

Course registration fees are minimal and respectfully discounted with a military ID. Posted round counts are accurate if you are a “decent” shooter. Beginners may want to bring a bit more than posted! For this particular match counts were 150 5.56, 150 9mm, 50 birdshot and 10 slugs. I shot with plenty of room for accuracy improvement, and still had enough left over to re-shoot all five stages.

There were no stops for lunch so the day went along smoothly. I would advise you to bring something to snack on if you tend to get hangry. Also, bring plenty of water. Hydrate or die.

One thing that stood out the most to a new shooter, in a great way, was their concern for safety.

At the shooters brief prior to starting, a medic and med kit are highlighted to all participants and a plan for calling an ambulance (with routes taken for incoming units) is stated aloud putting everyone is on the same page in the event that something happens.

The participant rules are fairly standard. No flagging (muzzling another person), 180 degree breaks (muzzle never pointing toward the rear of the shooting stage where other participants are at), safe movements, and safe holstering.

With a 10 year history of managing life or death medical situations my eye for spotting sketchy scenarios is very attuned, needless to say. I was not concerned I was going to get shot by someone else with the procedures in place.

The judges who were paired with our squad were very informative and helpful. For a newer shooter like myself I walked away from those stages more educated and confident.

I finished second to last!

But I still learned a ton, picked up on different techniques, and made some friends along the way. They actually encouraged newer shooters to take your time, develop the technique first then shoot for time.

The last stage happened to by my favorite. There was a long, T shaped hallway. You had to turkey peek each window as you moved down the hallway. Cover and concealment was being graded as well as your sequence of elimination. Meaning you need to shoot your targets as they appear, giving you the best chance at staying concealed and behind cover. Because of prior training, all of my targets were double tapped while proceeding down the hall and peeking around my corners. Then it was time to transition to my sidearm. No hiccups there. Same technique applied. For me, this stage was the easiest. Similarity to the training I receive in the military when clearing rooms and close quarter combat drills probably helped. Throughout the entire day of competition and the various stages, I excelled at this last one and felt the most confident with the results. Repetitive training pays off!

If you’re looking for a fun, educational and safe place to shoot, I would highly recommend  South Kent Sportsmans Club. To find match specific information, go to their facebook page (South Kent Sportsman’s Club 3-Gun). All future match dates are listed there, along with round counts, registration details, and match results. 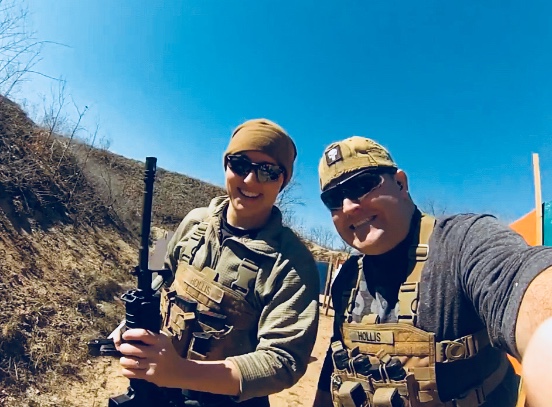 Keith is the Editor-in-Chief of GAT Marketing editor@gatdaily.com A USMC Infantry Veteran and Small Arms and Artillery Technician, Keith covers the evolving training and technology from across the shooting industry. A Certified Instructor since 2009 he has taught concealed weapons courses in the West Michigan area in the years since and continues to pursue training and teaching opportunities as they arise.
Previous VG6 Precision Epsilon 762
Next Short Barrels and Terminal Ballistics